Just like people, every summer camp has a unique personality. This personality sets it apart, makes it memorable and is an integral part of the camp experience. Just like with people, this personality evolves over the years, it matures and grows more distinct. When we began planning the Gwynn Valley Camp video in the early spring of 2015 we were challenged to create something that could capture the personality of Gwynn Valley.  We wanted it to be spontaneous, playful and artistic. We also wanted it to be authentic and unrehearsed.  After several meetings and a lot of reflection we came up with the idea that the entire video storyline would be told by the campers. Not only that, but told in an “on the spot”, unrehearsed style. We wanted to get the kind of priceless responses that you would only hear from a child in the moment and we wanted the entire video narration to be created out of those voices. We don’t want to give the impression that there was no plan. There was an extensive shot list with layers of important and rather deep concepts that we needed to convey in the video. It was just that the people conveying these things were not told what to say or given any preparation,  the oldest ones were CIT’s and many were as young as 6 years old.

SEO:  Search engines like Google, Yahoo and Bing prefer rich content like video so kids and parents interested in Western North Carolina summer camps will be able to find the video on searches. The video is on their website and has received thousands of views in just a few months.
Brand Message: Part of the preproduction process involved defining the brand message of Gwynn Valley Camp. Identifying your unique brand story can be unifying for campers, counselors and staff. It can also help excite future campers about their camp experience.
Marketing and sales tool: The video is a great tool for their website, social media and/or recruiting events. It can even help attract staff and counselors.
Lifespan: If used strategically across multiple platforms, videos can have a long lifespan. Especially if the video is used regularly in marketing efforts and posted several times across multiple channels.

“We were nervous about a new video project because trying to capture the essence of a summer camp experience is very difficult.  You’re working with a lot of campers and staff and you obviously want it to represent the day to day realism as well as the core values of your program.  Real Digital did a great job with their overall approach in coming up with a unique way to deliver our message.  Going straight to why we’re here and do what we do – the children and the simple joys of childhood! We looked at numerous days for shooting and tried to capture a little of all that is offered which is a lot! They were flexible about the schedule due to changes in the weather and program.  Dan and Heath fit right in at camp and children just opened up about why they were here and how much camp meant to them.  We were extremely pleased with the finished product and have really enjoyed showing it to new and returning  campers alike.  When we saw the final cut, we knew we had chosen the right people to create our camp video and we look forward to working with them in the future.”

Images pulled from video for digital marketing use. 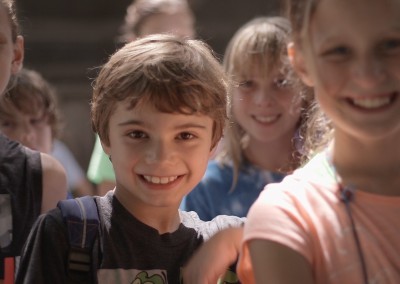 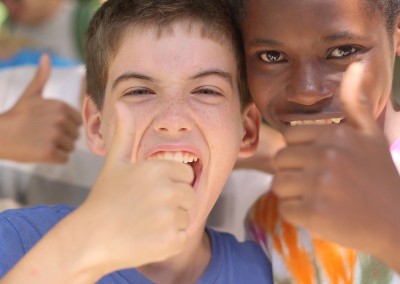 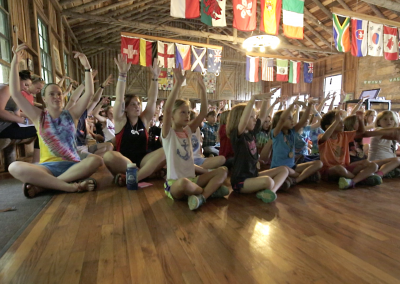 Behind the Scenes Gallery 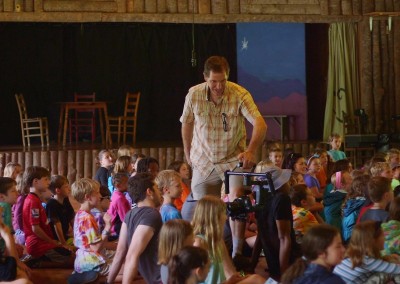 Walking a camera on a steadycam through a crown of campers. 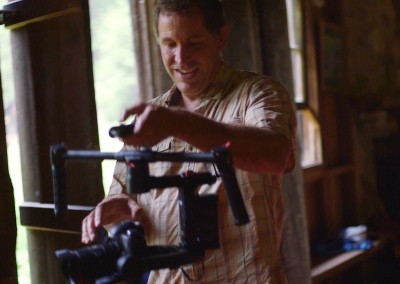 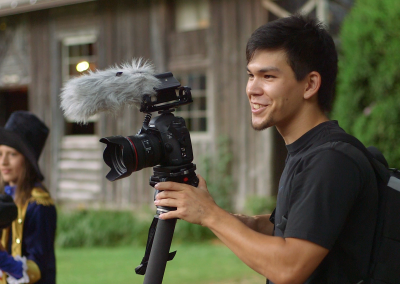 Behind the scenes shot of cameraman Dan.

Behind the Scenes Video

When we were shooting the Gwynn Valley Camp video we wanted to be able to move and setup quickly in order to respond to whatever action was happening or about to happen. Lightweight cameras on monopods and steadycams allowed us to get in the middle of the activities without interfering.