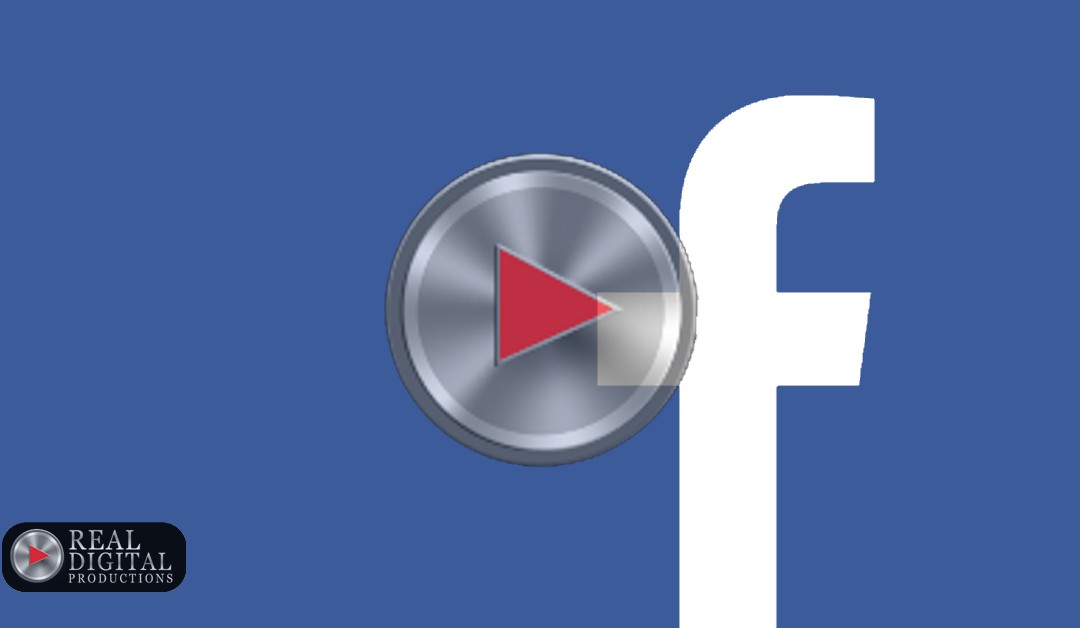 Have photos become background noise on Facebook? Do they still have the punch that brands are hoping for? According to SocialBakers, maybe not…

For the past few years, posts with photos have been a “requirement” for maximizing reach on Facebook. But like many things in life, the tides appear to be changing. In a recent study by SocialBakers, the reach of photos seems to have taken a sharp turn for the worse in terms of Facebook reach. So, what’s the new attention-grabber? Native video. Not YouTube. Not Vimeo. But video uploaded directly into Facebook.

SocialBakers studied over 670,000 posts, by 4,445 brands, from October 1, 2014 to February 4, 2015. Native videos have over twice reach of photos (both average organic and average fan reach). What’s even more surprising is that photos seem to have dropped behind plain text status updates and shared links. One thing to note is that the results of the study are presented in percentages, not actual numbers. The shear volume of photos on Facebook is exponentially greater than the number of videos. So, while the reach percentage of native videos is over double, photos still make up the greatest actual numbers of reach. 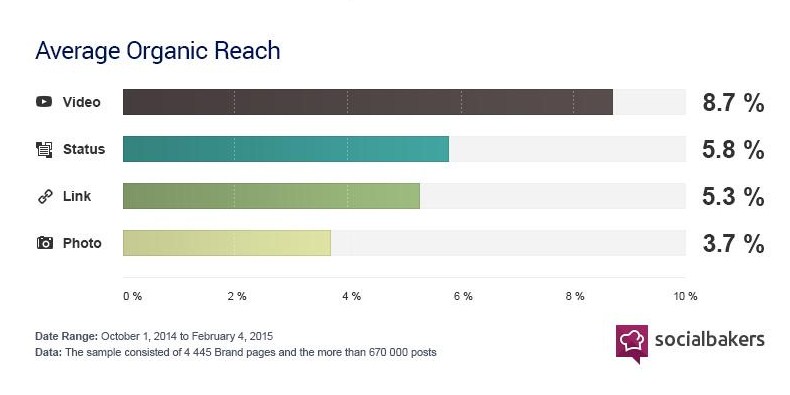 So, do the percentages mean anything? Definitely. The idea here is quality over quantity and the percentages reveal that the reach of video is over twice as strong as photos. 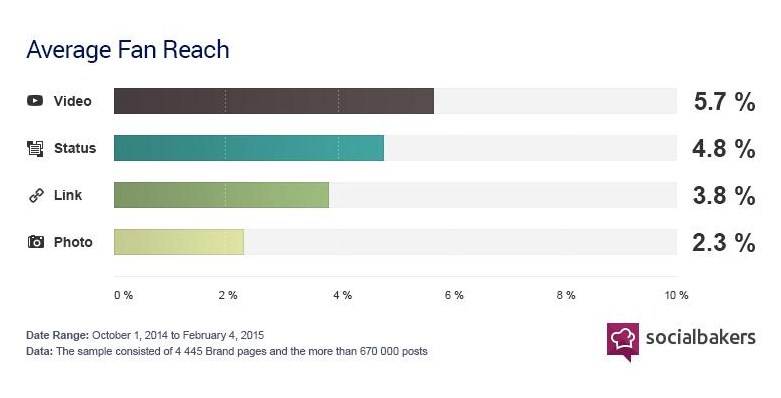 There are a few take-aways here. The first is regardless of the format of your post, organically speaking, your reach is going to be fairly low (which explains the fact that the number of promoted and sponsored posts double from the beginning of 2014 to the end of 2014). So, your Page post will organically reach, on average, less than 10% of your fan base. That’s 5-8 people for every 100 fans your Page has and engagement will be even lower.

It’s not all dark and dreary! It just means we have to be smarter and more intentional about how our brands are social. Time your posts strategically to when your audience is most likely on Facebook. If you post at 11 o’clock at night, odds are good you are losing a huge chunk of your potential reach. Does your audience tend to be morning or afternoon Facebookers? Are they the demographic that checks it right after work or right after the kids go to school? Know who you are targeting is the first step to reaching as many people as you can.

The third point is to think about your fans and customers when creating posts. The more you create posts that are relevant to them and in formats that they are looking for, the more they will engage, which will in turn keep your post alive in the News Feed, rather than burying it below hundreds of other posts. Quality is one of the key factors here. A great photo post will typically out reach a bad video post. So, that video you shot on your iPhone of your neighbor giving a testimonial for your business is not likely to have a wide reach.