Nationwide Commercial Misses By That Much 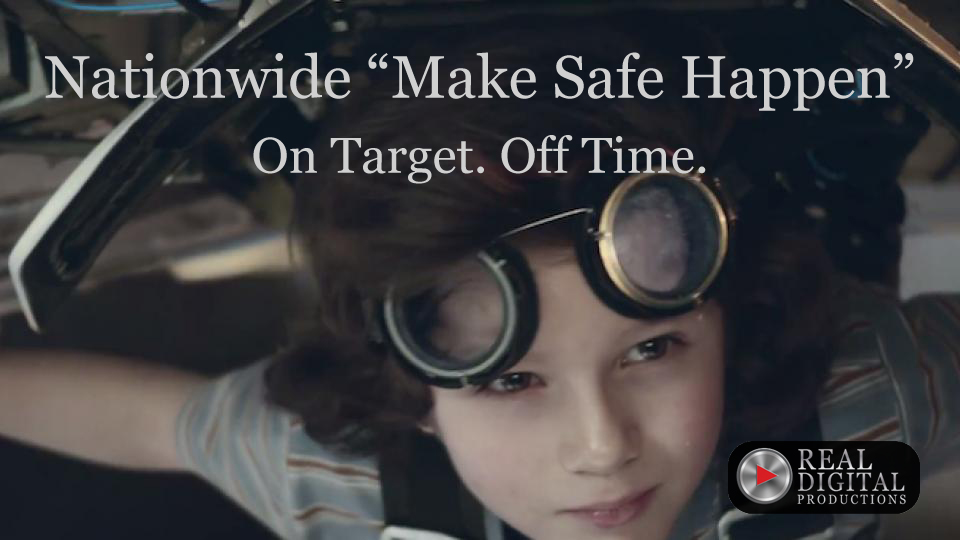 Sunday, February 1 was a big day for millions of people: Super Bowl XLIX. According to Nielsen ratings, 114.1 million viewers tuned in to watch the New England Patriots and Seattle Seahawks battle it out for the championship ring. We all know how it ended and many of us were left wondering why they would pass at the 1 yard line with 26 seconds left in the game, when down by only 4 points. And, it’s only 2nd down. But that’s a story for another day.

One of the biggest parts of any Super Bowl, especially for marketers and advertisers, is the commercials. A Statista report shows that the commercials come in second as the most important part of watching the Super Bowl, beating out getting together with friends and the half-time show (sorry, Katy Perry). According to Variety, NBC raked in $4.5 million for each 30 second spot that aired during the Super Bowl.

The basic premise of Content Marketing is offering the right content, at the right place, at the right time. What that means is, offering information that your audience wants, in the appropriate setting and format, and during a time when they are open to receiving that information. Nationwide’s “Make Safe Happen” commercial drew a lot of criticism for playing such a “downer” of a commercial during the Super Bowl. Are the critics right?

The message is that a preventable accident is an incredibly tragic way to lose a child. I don’t think anyone doubts that…whether you have a child or not. They do a great job telling the story, the production is well crafted and the final product is effective in getting it’s message across. Nationwide created a powerful video with an important message that applies to a large majority of Super Bowl viewers. So, they decided to use their high dollar ad spot to provide a public service announcement about child safety and for that, they should be commended.

Right content? Sure. This public service announcement is something we all should be reminded of in order to keep our children safe.

“Make Safe Happen” is perfect for television. It’s not a topic that people generally seek out, so using a commercial spot was a great way to maximize its reach and get its message in front of as many people as possible.

Right place? This type of messaging is great for television where the viewer is not certain what commercial will come on next and therefore, tend to be more open to a wide range of messages. So, yes…television is the right place for Nationwide’s commercial.

The Super Bowl is a major event. Roughly one-third of the total population of the United States watched it this year. There were parties, cook outs, and gatherings, and just about every bar with a TV had it playing. Food sales went up, pizza orders sky rocketed and of course, the beer cooler at the grocery store was empty. Basically, it’s time for a big party.

So, how does Nationwide’s “Make Safe Happen” commercial fit into the party? It doesn’t. The commercial displays various preventable situations in which children die, complete with a dead child as the narrator.  In an interview with The Wall Street Journal, Nationwide’s Chief Marketing Officer, Matt Jauchius, stated that “we absolutely anticipated that we would cause a conversation”. The problem is that the conversation that was started was not about preventing childhood accidents. The conversation was about Nationwide bringing a giant party to a screeching halt. Regardless of the fact that 114 million people saw the commercial, with even more viewers after the fact, the shear timing detracted from its message and made it about Nationwide, and not in a good way. The dollars spent on Super Bowl air time would have been better utilized spread out over months, placed within various programs, resulting in the same reach, but with far greater impact.

Right time? Not at all. The lure of a large audience shouldn’t override the timing of distributing your content. Nationwide proves that the best intended message can be completely overshadowed by bad timing.

Looking to follow up last year’s “Puppy Love” commercial, which happened to be one of the most successful commercials in Super Bowl history, Budweiser succeeded with, “Lost Puppy”. They hit the nail on the head with a commercial that appropriately represents their brand, tells a touching story and fits perfectly into a $4.5 million time slot.

So, whether you are creating a video marketing piece for television, social media, your website, or the web, remember that your distribution strategy is just as important as your production strategy. Your marketing video should have the right content to communicate your message, be in the right distribution channels for your target audience to see it and finally, ensure that your viewer sees it at a time when they are open to hearing your message.

What did you think of the Nationwide commercial? Let us know in the comment section below.

Real Digital Productions can help you create and distribute your marketing videos.